Each week New Brighton Farmers Market brings to you the finest local fresh produce and artisan products directly to our lovely community and visitors. With about 35 stalls we have you covered for just about everything you’ll need. It’s the perfect place to meet the local community, soak up the atmosphere and enjoy live music over a sensational breakfast.

This week we are lucky to host Will Henderson

Will Henderson is a songwriter, guitarist, trumpeter and singer. Having learnt violin from 3 to performing solo classical guitar in the Sydney Opera house at 18, he has followed his musical journey around the globe for the last 12 years. Studying Classical and Jazz guitar at the Sydney Conservatorium, his passion for Flamenco and Latin music took him to Peru and Spain looking for teachers, gigs and inspiration.

Sydney life and its vibrant musical community resulted in the culmination of bands including; Los Monos, Aston, Pena Flamenca, The Beans, The Conscious Pilots, Djangos Mum and The Tins. Will managed to write and record 5 Eps and 4 Albums with these dreamboats.

Chasing his heart to Berlin in 2012 it was time to start it all over again. Will immersed himself in the street music scene working on his singing and trumpeteering. Along came The Zap Show, The Lips and Hektisch Kunst who now are solid veterans of the European summer festival circuit, releasing 4 Eps and 2 Albums and picking up a whole lot of new mates on the way.

Juggling tours, playing upwards of 30 festivals a year and writing bundles of tunes a week, Will has performed and shared a bit of fun across almost all of Europe, Australia and a big part of South East Asia. The Milkshakes and Gimme Gimme were born and life became one big old tour.

Forever chasing summers, you can catch Will in the southern hemisphere around Christmas time and in the European Festival circuit from April. 2020 is a year for releasing all of the music that he has been working on.

The past two years have been spent in various studios concentrating on production and recording with amazing artists including Tim Granbacka, James Chatburn, Adam Sait, Oliver Holyoake and Narou. Music’s beautiful vehicle has allowed him to explore, create and give to people around the world, he hopes to share a bit of it with you today. 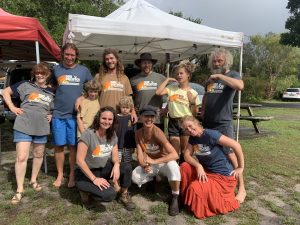